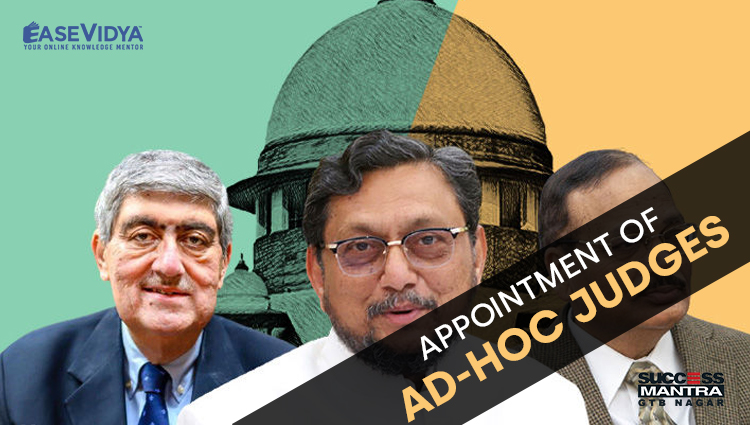 Recently, the Supreme Court pushed for the appointment of retired judges to battle the pendency of cases in High Courts. The court orally outlined prospective guidelines for the appointment and functioning of an ad-hoc judge. If in a particular jurisdiction, the pendency goes beyond a certain limit, say eight or 10 years, the Chief Justice may appoint a certain [retired] judge with expertise in those fields of laws as an ad hoc judge. The term of such a judge could be extendable. The appointment of ad-hoc judges would not be a threat to the services of other judges as the Ad-hoc judges will be treated as the junior most. The retired judges would be chosen on the basis of their expertise in a particular field of dispute and allowed to retire once the pendency in that zone of law was over. 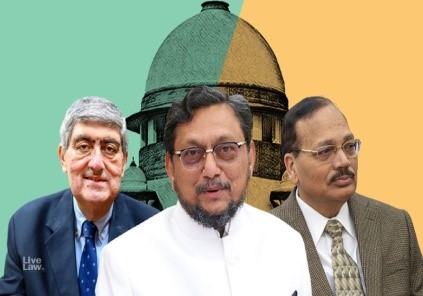 The retired judges who had handled certain disputes and fields of law for over 15 years could deal with them faster if brought back into harness as ad-hoc judges. The Supreme Court at the apex of the Indian Judiciary is the highest authority to uphold the Constitution of India, to protect the rights and liberties of the citizens, and to uphold the values of rule of law. Hence, it is known as the Guardian of our Constitution. The Indian Constitution provides for a provision of the Supreme Court under Part V (The Union) and Chapter 6 titled 'The Union Judiciary'.  The Constitution of India has provided an independent judiciary with a hierarchical setup containing High Courts and Subordinate Courts under it.

Appointment of ad hoc judges- Article 127 states that if at any time there is lack of quorum of Judges of Supreme Court, the CJI may with the previous consent of the President and Chief Justice of High Court, concerning request in writing the attendance of Judge of High Court duly qualified to be appointed as Judge of the Supreme Court.

Appointment of retired judges of the Supreme Court or High Court - Article 128 states that the CJI at any time with the previous consent of the President and the person to be so appointed can appoint any person who had previously held the office of a Judge of SC.

REASONS FOR PENDENCY OF CASES