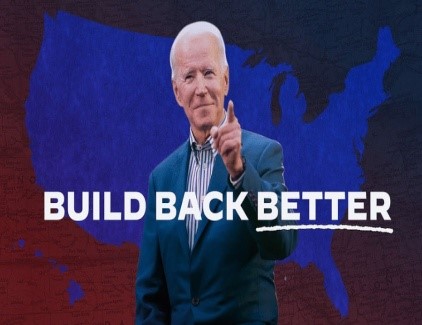 It is an intergovernmental organisation that was formed in 1975. The bloc meets annually to discuss issues of common interest like global economic governance, international security and energy policy. The G7 countries are the UK, Canada, France, Germany, Italy, Japan and the US. All the G7 countries and India are a part of G20. The G7 does not have a formal constitution or a fixed headquarters. The decisions taken by leaders during annual summits are non-binding.

It aims to address the infrastructure investment deficit in developing and lower income countries - the space which has been increasingly captured by China through 2,600 BRI projects with trillions of dollars of investment. BRI projects are perceived as corrosive tactics or debt traps laid by China for its strategic dominance in trade, foreign policy and geopolitics in the world. The overall focus is on developing transportation, logistics and communications, which would reduce trade and transaction cost for China’s trade, give more market access to Chinese markets and ensure stable supply of energy and other resources. This infrastructure plan is being led by the United States.

B3W initiative will provide a transparent infrastructure partnership to help narrow about $40 trillion needed by developing nations by 2035. It calls for spending hundreds of billions of dollars in collaboration with the private sector while adhering to climate standards and labour practices. However, the announcement is yet to be made about how exactly the plan would work or how much capital it would ultimately allocate. It was launched in 2013. It involves development and investment initiatives that would stretch from Asia to Europe and beyond. More than 100 countries have signed agreements with China to cooperate in BRI projects like railways, ports, highways and other infrastructure.

China’s Investment through BRI: Since its inception, outward investment has been aggressive as China’s FDI (Foreign Direct Investment) outflow to inflow ratio increased to 1 from around 0.34 during 2001-10. In volume terms, the FDI outflow increased to an average of $140 billion in 2016-19 from an annual average $25 billion during 2001-10. China is investing in Africa to lay a comprehensive transportation network. China has also signed various contacts with the East Asian region, mostly focusing on transportation, railways, roadways and waterways, for better integration between China and ASEAN countries.

Important Projects: China-Pakistan Economic Corridor (CPEC), the Bangladesh-China, the Myanmar Economic Corridor (BCIM) and the Colombo Port City Project in Sri Lanka, amongst others, are important BRI projects. China has a plan to complete 4,000 km of railways and 10,000 km of highways within the Central Asian region as part of BRI.

India's Concerns: India has expressed concerns about the China-Pakistan Economic Corridor (CPEC), as it traverses through Pakistan-occupied Kashmir (PoK). The massive infrastructure project connects China’s Xinjiang province with Gwadar port in Pakistan’s Balochistan province. India refused to join the Chinese initiative in the past and raised its voice against the BRI. India also sees an adverse trade impact on its products’ competitiveness, market access, resource extraction etc. due to Chinese competition. The re-emergence of China as a leading global power is considered to be one of the most significant geo-political events of recent times, alongside the 1991 fall of the Soviet Union that ended the Cold War. China in 1979 had an economy that was smaller than Italy's, but after opening to foreign investment and introducing market reforms, it has become the world's second-largest economy and is a global leader in a range of new technologies. However, the West had failed to offer a positive alternative to the "lack of transparency, poor environmental and labour standards, and coercive approach" of the Chinese government that had left many countries worse off.

The counter proposal of B3W is certainly a welcome step to contain the adverse implications of a Chinese mega plan. However, B3W lacks coherent thoughts and proper planning at this stage. Nevertheless, it is better late than never. Moreover, it remains to be seen what role India will play in B3W since it has been a strong opponent of China’s BRI. The counter-strategy is necessary to bring down Chinese leverage. A macro view of BRI projects across geography — quantum and pattern of investment — clearly reflects the motive of China-centric international economic integration, production networks, hegemony in the Asia-Pacific region and, eventually, the global economy.

Q.1 Which of the following organisations have proposed a ‘Build Back Better World (B3W) initiative’ at the recent summit to counter China’s Belt and Road Initiative (BRI)?

Q.2 Which of the following statements is/are incorrect in the context of the China's Belt & Road Initiative (BRI)?

Q.3 Which of the following declarations have been signed by the members of the group which aimed at preventing future pandemics?

Q.5 Which of the following given organizations has participated fully in the Group of Seven (G-7) since 1981 as a "non enumerated" member?