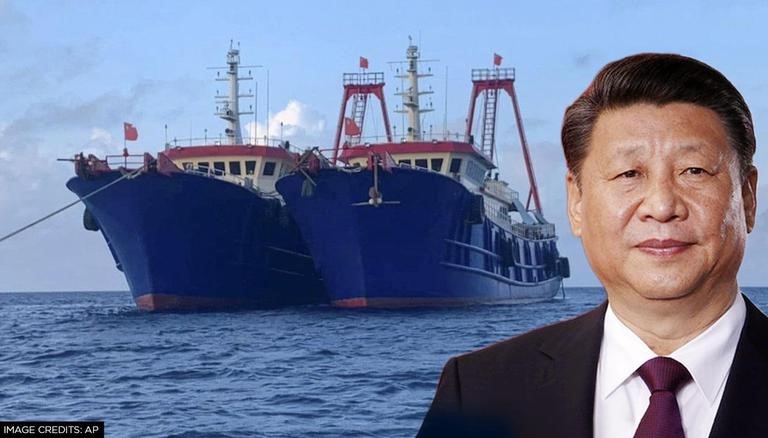 Recently, China has notified new maritime rules, warranting vessels to report their information when passing through what China sees as its “Territorial Waters” that will take effect from 1st September 2021. China claims under a so-called “Nine Dash Line” on its maps most of the South China Sea’s waters, which are disputed by several other countries, including the Philippines, Vietnam, Malaysia and Indonesia.

ABOUT THE NEW REGULATIONS

Operators of submersibles, nuclear vessels, ships carrying radioactive materials and ships carrying bulk oil, chemicals, liquefied gas and other toxic and harmful substances that may endanger the maritime traffic safety of China are required to report their detailed information upon their visits to Chinese territorial waters. China claims almost all of the 1.3 million square-mile South China Sea as its sovereign territory. It has been building military bases on artificial islands in the region. It is seen as a sign of stepped-up efforts to safeguard China's national security at sea by implementing strict rules to boost maritime identification capability. China sees the US’ incursion into the region is of assertive nature that can be the biggest destroyer of peace and stability in the region.

IMPLICATIONS OF THE MOVE

Impact on Navigation and Trade: Indian commercial vessels as well as ships of the Indian Navy regularly traverse the waters of the South China Sea, through which pass key international sea lanes. Peace and stability in the region is of great significance to India. India undertakes various activities, including cooperation in the oil and gas sector, with the Littoral States of South China Sea. Over $5 trillion trade passes through the South China Sea, and 55% of India’s trade passes through its waters and the Malacca Straits.

Inconsistent with International Law: It is seen as being inconsistent with the United Nations Convention on the Law of the Sea (UNCLOS), which states that ships of all countries “enjoy the right of innocent passage through the territorial sea”.

Regional Turbulence: The new rules are expected to increase tensions if China strictly enforces them in the disputed South China Sea and the Taiwan straits where the US and its allies have been conducting naval expeditions, challenging Beijing’s claims to assert the freedom of navigation. 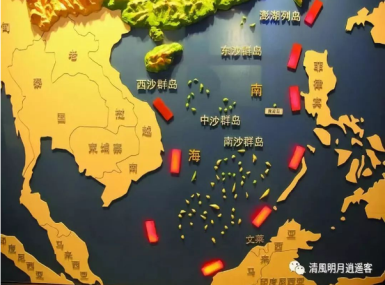 Stretches hundreds of kilometers south and east of China’s southerly Hainan Island, covering the strategic Paracel and Spratly island chains. It is deemed by most countries as being inconsistent with the UNCLOS, which only gives states the right to establish a territorial sea up to 12 nautical miles. China claims it by citing 2,000 years of history when the two island chains were regarded as its integral parts. The Hague-based Permanent Court of Arbitration issued a decision in 2016, rejecting China’s claims as lacking a basis in international law. China dismissed the ruling then.

UNITED NATIONS CONVENTION ON THE LAW OF THE SEA

United Nations Convention on the Law of the Sea (UNCLOS) 1982, also known as Law of the Sea divides marine areas into five main zones namely- Internal Waters, Territorial Sea, Contiguous Zone, Exclusive Economic Zone (EEZ) and the High Seas. UNCLOS is the only international convention which stipulates a framework for state jurisdiction in maritime spaces. It provides a different legal status to different maritime zones. It provides the backbone for offshore governance by coastal states and those navigating the oceans. It not only zones coastal states’ offshore areas but also provides specific guidance for states’ rights and responsibilities in the five concentric zones. The ‘Law of the Sea Treaty’, formally known as the UNCLOS was adopted in 1982 to establish jurisdictional limits over the ocean areas. The convention defines distance of 12 nautical miles from the baseline as Territorial Sea limit and a distance of 200 nautical miles distance as Exclusive Economic Zone limit. India became a signatory to the UNCLOS in 1982. 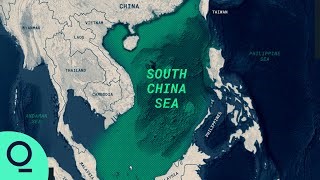 It is a waterway that connects the Andaman Sea (Indian Ocean) and the South China Sea (Pacific Ocean). It runs between the Indonesian island of Sumatra to the west and peninsular (West) Malaysia and extreme southern Thailand to the east and has an area of about 25,000 square miles. The strait derived its name from the trading port of Melaka (formerly Malacca)—which was of importance in the 16th and 17th centuries—on the Malay coast.

Q.1 Recently which of the following countries have notified new maritime rules, warranting vessels to report their information when passing through what it sees as its “Territorial Waters”?

Q.2 Which of the following statements is/are incorrect in the context of the China claims under a so-called “Nine Dash Line”?

Q.4 Consider the given statements & state which of the following is/are incorrect in the reference to the South China Sea?

Q.5 India became a signatory to the United Nations Convention on the Law of the Sea (UNCLOS) in which of the following year?