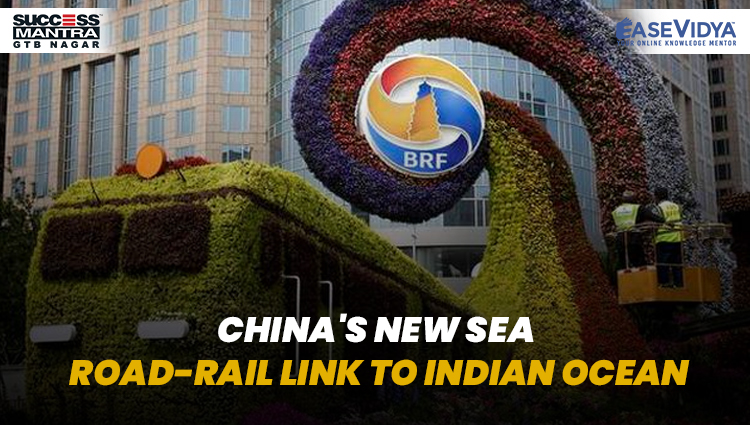 Recently, a new sea-road-rail link providing Chengdu (China) with access to the Indian Ocean via Yangon (Myanmar) was opened. The trade corridor is China's first to link western China with the Indian Ocean.

ABOUT THE NEW TRADE CORRIDOR

The new trade corridor passage connects the logistics lines of Singapore, Myanmar and China, and is currently the most convenient land and sea channel linking the Indian Ocean with southwest China. China also has plans to develop another port in Kyaukphyu in the Rakhine state, Myanmar including a proposed railway line from Yunnan (China) directly to the port, but the progress there has been stalled by unrest in Myanmar. China plans to develop this region in Myanmar as a ‘border economic cooperation zone’ under the Belt and Road Initiative. It is expected to become the lifeblood of international trade for China, while providing a source of income for Myanmar. This trade corridor is another direct Chinese outlet to the Indian Ocean. The first one being at the Gwadar port in Pakistan. This trade route is also China’s alternative to the "Malacca Dilemma”.

Gwadar is being developed as part of the CPEC to the far western Xinjiang region. Gwadar has long been touted as the site for a Chinese base suitable for People's Liberation Army Navy (PLAN) operations. China pursues a "strategic strongpoint" concept whereby strategically sited foreign ports containing terminals and commercial zones operated by Chinese firms can be used by its military. Such "strongpoints" offer the potential for China to form a network of supply, logistics and intelligence hubs along the perimeter of the Indian Ocean. This is referred to as the String of Pearls theory.

Gwadar is important to China for three reasons:

One is establishing direct transport links to the Indian Ocean via the CPEC.

The second factor is that Gwadar helps anchor or stabilise western China, a region where China feels vulnerable to Islamic agitation.

Further, Gwadar is just 400 km from the important Hormuz Strait (linking Persian Gulf with the Gulf of Oman and the Arabian sea), through which 40% of Chinese imported oil flows. China’s economic stakes in the Bay of Bengal and this new trade corridor signifies a larger maritime presence and naval engagement in the region which in turn reinforces the string of pearls policy by China. Apart from this trade corridor and China Pakistan Economic Corridor (CPEC), China is also planning the China-Nepal Economic Corridor (CNEC) which will link Tibet to Nepal. The endpoints of the project will touch the boundaries of the Gangetic plain. Thus three corridors signify the economic as well as strategic rise of China in the Indian subcontinent. 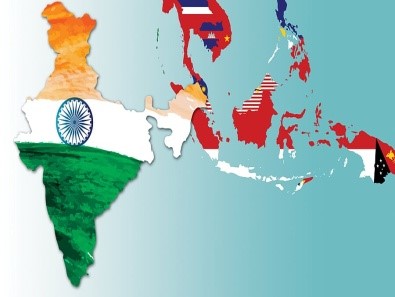 Supply Chain Resilience Initiative: The Covid-19 pandemic was having an unprecedented impact in terms of lives lost, livelihoods and economies affected, and that the pandemic had revealed supply chain vulnerabilities globally and in the region. It's objectives are to attract foreign direct investment to turn the Indo-Pacific into an “economic powerhouse”. To build a mutually complementary relationship among partner countries. To work out a plan to build on the existential supply chain network. Japan and India, for example, have an India-Japan competitiveness partnership dealing with locating the Japanese companies in India.

The SCRI, first proposed by Japan, aims to reduce dependence on China amid a likelihood of rechurning of supply chains in the Indo-Pacific region amid the Covid-19 pandemic. Initially, SCRI will focus on sharing best practices on supply chain resilience and holding investment promotion events and buyer-seller matching events to provide opportunities for stakeholders to explore the possibility of diversification of their supply chains. Joint measures may include supporting the enhanced utilisation of digital technology and trade and investment diversification. Expansion of the SCRI may be considered based on consensus, if needed, in due course. The ministers have decided to convene at least once a year to provide guidance to the implementation and development of the SCRI. This assumes significance in the wake of Japan's keenness to onboard the ASEAN in the initiative, something that India has opposed. India wants to safeguard its interests from China’s indirect influence through the bloc (ASEAN) as it builds on its self-reliance through reduced dependence on imports.

Look East Policy: In order to recover from the loss of the strategic partner -USSR (end of the Cold war 1991), India sought to build up a relationship with the USA and allies of the USA in Southeast Asia. In this pursuit, former Prime minister of India P V Narasimha Rao launched the Look East policy in 1992, to give a strategic push to India’s engagement with the South-East Asia region.

How the Act East is different from Look East policy?

Look East policy focused on the Association of Southeast Asian Nations (ASEAN) countries + Economic Integration. India became a dialogue partner of ASEAN in 1996 and summit level partner in 2002. In 2012 the relationship got up-graded into a Strategic Partnership in 2012.

Malabar Exercise:  It is an annual trilateral naval exercise between the navies of India, Japan, and the USA which is held alternately in the Indian and Pacific Oceans. It began as a bilateral naval exercise between India and the USA in 1992 and was expanded into a trilateral format with the inclusion of Japan in 2015. The Exercise is aimed to support free, open and inclusive Indo-Pacific and remain committed to a rules based international order. It is also aimed at interoperability with an emphasis on humanitarian assistance, surface war manoeuvres, anti-submarines warfare, counter-terror operations, gunnery training and aerial surveillance.

Q.1 Recently, a new sea-road-rail link providing (China) with access to the Ocean routes via Yangon (Myanmar) was opened. The trade corridor is China's first to link western China with the __________?

Q.2 Consider the given statements & state which of the following is/are correct in the reference to the Gwadar Port developed by China?

Q.3 Recently which of the following countries have notified new maritime rules, warranting vessels to report their information when passing through what it sees as its “Territorial Waters”?

Q.4 Which of the following statements is/are incorrect in the context of the China claims under a so-called “Nine Dash Line”?

Q.5 Consider the given statements & state which of the following is/are incorrect in the reference to the South China Sea?