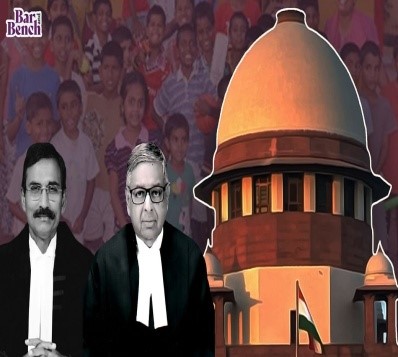 The Supreme Court of India recently held that the economic criterion cannot be the sole basis for deciding the creamy layer from among backward classes for the purpose of excluding it from the purview of providing reservation. The SC was hearing a petition challenging two notifications issued by the Haryana government sub-classifying backward classes solely on economic basis while fixing the criteria for creamy layer.

Recalled the ruling in the Indra Sawhney-II case, reported in 2000. Haryana's notifications have violated the law declared in the Indra Sawhney judgment by identifying creamy layer only on the basis of income. The basis of exclusion of ‘creamy layer’ cannot be merely economic - the government cannot deny reservation to a person belonging to a backward community solely on the ground that he or she is rich. Social advancement, higher employment in government services, etc, play an equal role in deciding whether such a person belonged to the creamy layer and could be denied quota benefits. The SC has illustrated that ‘creamy layer’ would include “persons from backward classes who occupied posts in higher services like IAS, IPS and All India Services had reached a higher level of social advancement and economic status, and therefore, were not entitled to be treated as backward”. People with sufficient income who were in a position to provide employment to others should also be taken to have reached a higher social status and therefore, should be treated as outside the backward class. Persons from backward classes who had higher agricultural holdings or were receiving income from properties, beyond a prescribed limit, do not deserve the benefit of reservation.

WHAT IS CREAMY LAYER? 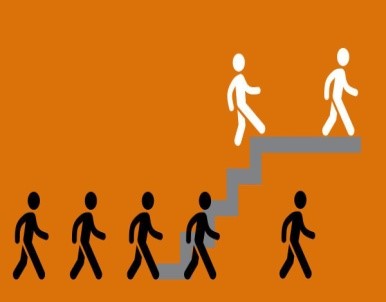 The creamy layer sets a threshold within which OBC reservation benefits are applicable.  The creamy layer principle was based on the fundamental right to equality. Unless it is applied, the genuinely deserving person would not access the reservation. The basis of exclusion should not merely be economic, unless the economic advancement is so high that it necessarily means social advancement. While the income of a person can be taken as a measure of his social advancement, the limit to be prescribed should not be such as to result in taking away with one hand what is given with the other. The income limit must be such as to mean and signify social advancement.

CREAMY LAYER AS DEFINED BY THE CENTRAL GOVERNMENT

According to the Constitution, Articles 15(4), 15(5) and 16(4) confer power on a state to identify and declare the list of SEBCs (Socially and Educationally Backward Classes). As a matter of practice, separate OBC lists are drawn up by the Centre and each state concerned. The Rohini Commission was constituted in October 2017 under Article 340 of the Constitution. It had been constituted to complete the task of sub-categorising 5000-odd castes in the central OBC. The 127th Constitution Amendment Bill 2021, restores the power of states to identify SEBCs, usually called OBCs. The amendment was necessitated after the Supreme Court, in its Maratha reservation ruling in May, upheld the 102nd Constitutional Amendment Act. The 102nd Constitution Amendment Act of 2018 gave constitutional status to the NCBC (National Commission for Backward Classes), and empowered the President to notify the list SEBCs for any state or union territory. The Amendment Bill amends Articles 342 A (clauses 1 and 2) and will introduce a new clause - 342 A (3) specifically authorising states to maintain their state list. 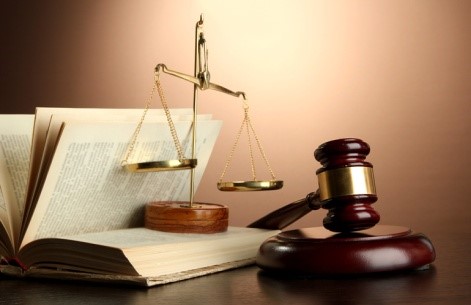 The Supreme Court while upholding the 27% quota for backward classes, struck down the government notification reserving 10% government jobs for economically backward classes among the higher castes. SC in the same case also upheld the principle that the combined reservation beneficiaries should not exceed 50% of India’s population. The concept of ‘creamy layer’ also gained currency through this judgment and provision that reservation for backward classes should be confined to initial appointments only and not extend to promotions.

OBCs are granted 27% reservation in jobs and education under the central government but only a few affluent communities among the over 2,600 included in the Central List of OBCs have secured a major part of this. Sub-categorisation or creating categories within OBCs for reservation would ensure “equitable distribution” of representation among all OBC communities. However, sub-categorisation can be used to appease one vote-bank or the other within the category and thus a cause of social justice would end up being politicised. The commission requested for an appropriate budget provision for a proposed all-India survey for an estimate of the caste-wise population of OBCs. The reason given was the absence of data for the population of various communities to compare with their representation in jobs and admissions as the data of the Socio-Economic Caste Census (SECC) were not considered reliable. In August 2018, it was announced that the data of OBCs will also be collected in Census 2021 but there have been no other announcements after that.

Q.1 Which of the following has been constituted to complete the task of sub-categorising 5000-odd castes in the central OBC under Article 340 of the Indian Constitution?

Q.2 Consider the given statements & state which of the following is/are incorrect in the context of the creamy layer?

Q.3 Which of the following Constitutional Amendments gave constitutional status to the NCBC (National Commission for Backward Classes), and empowered the President to notify the list SEBCs for any state or union territory?

Q.4 Which article of the Indian constitution gives the power to the government to make special provisions for the development of SC/ST/OBC against Article 15?

Q.5 Consider the following statements & state which of the following is correct in the context of the landmark judgment of 'Indra Sawhney v. Union of India'?