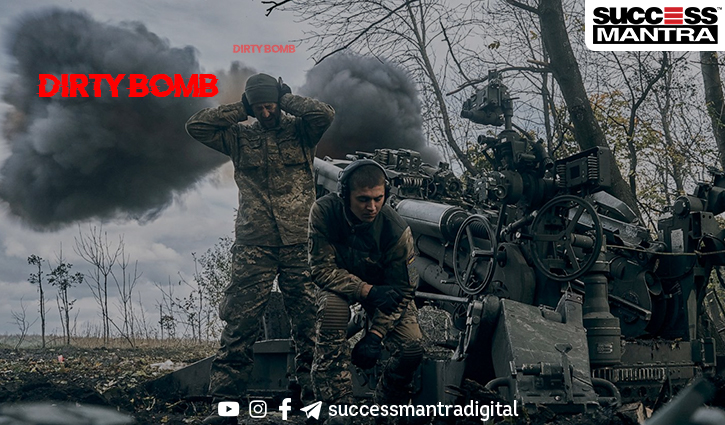 Why in news: In Russia’s latest advocacy campaign over its invasion of Ukraine, Moscow has focused on accusations that Kyiv might be planning to use a so-called “dirty bomb” – a conventional explosive device laced with toxic nuclear material.

The above issue can be linked with:

Reference Video for above topic:

Q1. In India, why are some nuclear reactors kept under “IAEA Safeguards” while others are not?

Which of the statements given above is/are correct?

Answer: A, Only Statement 1 is correct

Q4. Codename for the type of nuclear bomb that was detonated over the Japanese city of Nagasaki by the United States on 9 August 1945?

Q5. Is Dirty Bomb ever Detonated?

Answer: B, In 1996 rebels of Chechnya planted a bomb containing dynamite and caesium 137 in Moscow but they failed to detonate it.