INDIA AND US SIGNED AGREEMENT FOR ALUAV OR DRONES

INDIA & US SIGNED AGREEMENT FOR '(ALUAV) OR DRONES' 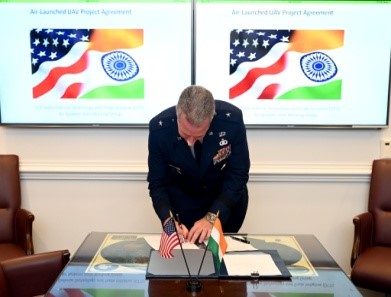 ABOUT THE PROJECT AGREEMENT (PA) 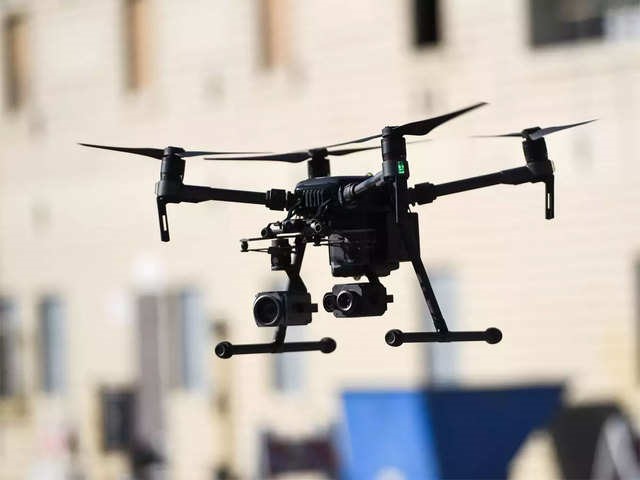 Formation: The DTTI was announced in 2012 as an ambitious initiative for co-production and co-development of military systems but has never really taken off despite several efforts.

Aim:To strengthen the US and India’s defence industrial base by moving away from the traditional “buyer-seller” dynamic toward a more collaborative approach. This would be through exploring new areas of technological collaboration through co-development and co-production.

OTHER MAJOR AGREEMENTS BETWEEN INDIA AND US 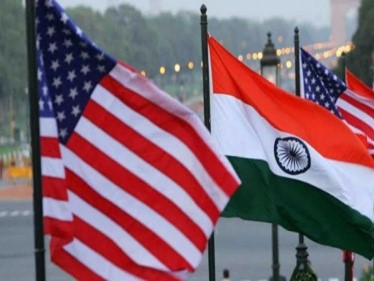 BECA Agreement: The Basic Exchange and Cooperation Agreement largely pertains to geospatial intelligence, and sharing information on maps and satellite images for defence. BECA will provide Indian military systems with a high-quality GPS to navigate and missiles with real-time intelligence to precisely target the adversary. It will give access to topographical and aeronautical data and products that will aid navigation and targeting.

Significance of Signing of BECA

Converging Indo-Pacific Strategies: Signing of BECA will fast-forward the integration of the Indo-Pacific strategies of their two countries. Further, this is in sync with increasing formalization of QUAD, which can be seen in the recent joining of Australia in the Malabar naval exercises. India will be able to keep a close watch on the movements of Chinese warships in the Indian Ocean. Moreover, its signing comes at a time when India is locked in one of its most hostile standoffs with China along their disputed border in the Himalayan region.

Deep Military Implications: While LEMOA means one partner trusts the other enough to expose its valuable assets, COMCASA means one is confident that it can rely on encrypted systems to connect the two militaries, and BECA means it can share highly classified information in real time without fear of being compromised.

General Security of Military Information Agreement GSOMIA allows militaries to share the intelligence gathered by them. Signed by India in 2002. An extension to the GSOMIA, the Industrial Security Annex (ISA), was signed at the 2+2 dialogue in 2019. ISA provides a framework for exchange and protection of classified military information between the USA and Indian defence industries.

Logistics Exchange Memorandum of Agreement LEMOA allows both countries to have access to each other’s designated military facilities for refueling and replenishment. Signed by India in 2016.

Communications and Information Security Memorandum of Agreement COMCASA (Communications Compatibility and Security Agreement) is the India specific version of CISMOA. Valid for 10 years, COMCASA aims to provide a legal framework for the transfer of highly sensitive communication security equipment from the USA to India that will streamline and facilitate interoperability between their armed forces. Signed by India in 2018. The Communication Compatibility and Security Agreement (COMCASA) was signed in 2018. It aims to facilitate communication between the weapons platforms of the two armed forces.

Q.1 Recently, which of the following countries have signed a Project Agreement (PA) to jointly develop an Air-launched Unmanned Aerial Vehicle (ALUAV) or drones that can be launched from an aircraft?

Q.2 The Defence Trade and Technology Initiative (DTTI), an ambitious initiative to strengthen the US and India’s defence industrial base was announced in ________?

Q.4 Consider the given options & state which of the following is the foundational defence agreement between India & USA?

Q.5 Consider the given statements & state which of the following is/are incorrect in the reference to the Indo-US bilateral relationship?