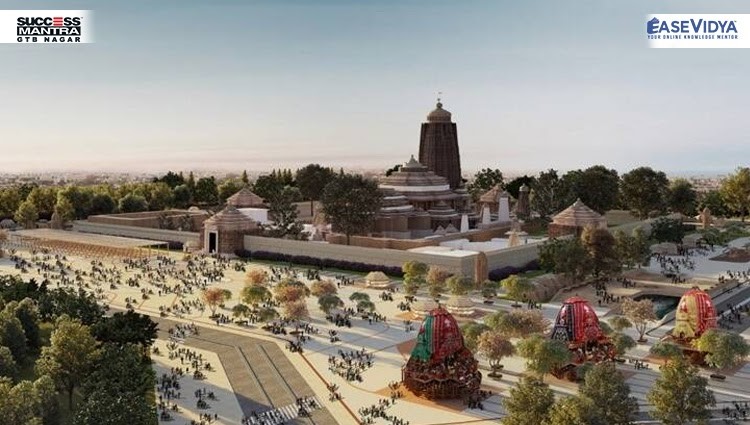 What is the Puri heritage corridor project?

The Puri temple is famous for its annual Ratha Yatra, or chariot festival, in which the three principal deities are pulled on huge and elaborately decorated temple cars.