The 13th BRICS summit 2021 is set to be held in digital format under India’s chairmanship. This plurilateral grouping comprising Brazil, Russia, India, China and South Africa is chaired by turn. India held the chair in 2012 and 2016 too. The grouping succeeded up to a point but it now confronts multiple challenges.It is high time to identify the challenges and take some steps forwards. 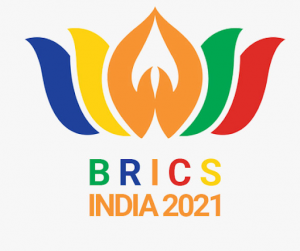 CHALLENGES WITH THE BRICS ORGANIZATION 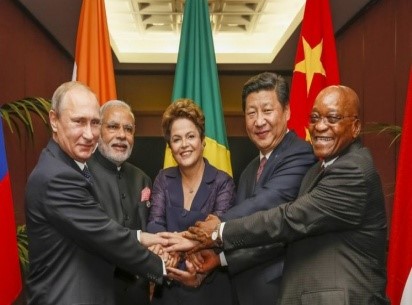 PRIORITY OF BRICS AS ORGANIZATION

Achieving Multilateralism: The first is to pursue reform of multilateral institutions ranging from the United Nations, World Bank and the International Monetary Fund to the World Trade Organization and now even the World Health Organization. This is not a new goal. BRICS has had very little success so far, although strengthening multilateralism serves as a strong bond as well as a beacon. Reform needs global consensus which is hardly feasible in the current climate of strategic contestation between the U.S. and China and the devastation caused by Covid-19 to health, lives and livelihoods. Resolve to Combat Terrorism: Terrorism is an international phenomenon affecting Europe, Africa, Asia and other parts of the world. Tragic developments concerning Afghanistan have helped to focus attention sharply on this overarching theme, stressing the need to bridge the gap between rhetoric and action. In this context, BRICS is attempting to pragmatically shape its counter-terrorism strategy by crafting the BRICS Counter Terrorism Action Plan containing specific measures to fight radicalisation, terrorist financing and misuse of the Internet by terrorist groups. This plan is expected to be a key deliverable at the forthcoming summit and may hopefully bring some change. Promoting Technological and Digital Solutions for the Sustainable Development Goals (SDGs). Digital tools have helped a world adversely hit by the pandemic, and India has been in the forefront of using new technological tools to improve governance.

Expanding People-to-people Cooperation: However, enhancing people-to-people cooperation will have to wait for international travel to revive. Interactions through digital means are not a full substitute of in person meetings.

OTHER POINTS TO REMEMBER

Cooperation Within the Group: BRICS need to shed the centrality from China and create a better internal balance, reinforced by the urgent need for diversification and strengthening of regional value chains, all exposed during the pandemic. Policymakers have been encouraging an increase in intra-BRICS cooperation in diverse areas like agriculture, disaster resilience, digital health, traditional medicine and customs cooperation. BRICS did well in its first decade to identify issues of common interests and to create platforms to address these issues. For BRICS to remain relevant over the next decades, each of its members must make a realistic assessment of the initiative's opportunities and inherent limitations.

Commitment to Multilateral World: BRICS nations need to recalibrate their approach and to recommit to their founding ethos. BRICS must reaffirm their commitment to a multi-polar world that allows for sovereign equality and democratic decision making. They must build on the success of the NDB and invest in additional BRICS institutions. It will be useful for BRICS to develop an institutional research wing, along the lines of the OECD, offering solutions which are better suited to the developing world. BRICS should consider a BRICS-led effort to meet their commitments under the Paris Agreement on climate change and the UN's sustainable development goals. This could include e.g. setting up a BRICS energy alliance and an energy policy institution. BRICS nations should strive for peaceful and politico-diplomatic settlement of crisis and conflict in various regions of the world.

Q.1 The 13th BRICS summit 2021 is set to be held in digital format under the chairmanship of which of the following BRICS nations?

Q.2 The plurilateral grouping of BRICS comprising Brazil, Russia, India, China and South Africa is chaired by turn. India holds the chairmanship two times in which of the following years?

Q.3 Consider the given statements & state which of the following statements is/are incorrect in the reference to the above mentioned passage?

Q.5 Which of the following countries are recently approved as the new members of New Development Bank (NDB) also known as BRICS Bank?