Success Mantra is the pioneer of Law coaching in Delhi. It is the hard-work of the founders and the entire team which makes it possible to provide best Law Entrance Coaching in Delhi.

In the law courses in Delhi, the admissions are offered on the basis of law entrance exams, followed by the counselling procedure. Candidates may appear in the national level, state level and university level law entrance exams. Through national level entrance exams such as CLAT, AILET and LSAT the aspirants can get admission in the top law colleges. There is no state level law entrance exams in Delhi, conducted by the state authority. Some universities like Delhi University, Guru Gobind Singh Indraprastha University (IPU CET) conducts their own entrance exam to offer admission in UG and PG law programmes and proceed with the law classes in Delhi. After 12th class on the basis of merit list some universities give admissions in the law UG courses Without being appeared in the counseling, but no candidate will be allotted the seat.

We do provide the quality study materials, designed by the expert faculty panel having experience of more than 5 years. It is designed according to latest pattern and for complete coverage of syllabus.

Our entire faculty team is highly experienced and innovative. They act as Guardian- analyzing the skills and caliber of the students & helping and supporting them accordingly to achieve their desired goals.

We are the No. 1 institute in Delhi in terms of result ratio. For CLAT, DU LL.B, HM, BBA, CTET and Other Entrance Examinations, every year, we produce a large number of toppers and boost the confidence of the students by providing high quality education.

Our Online Test Platform, Mobile App and Website are specially designed for you candidates to bring out your best. Many of the App features are completely free and they help students to identify and improve their strong & weak areas. 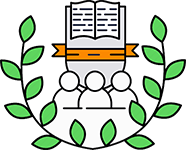 Our Classroom Coaching consists of 35 - 40 students in a batch, resulting in better personalized attention. This facilitates our teachers to pay personal attention to students and ensure individual student progress.

Our belief system says,  “It is the quality of education that should be preferred over the fee structure when it comes to preparing for competitive entrance exams.”  We aim to charge course fees that are commensurate with the quality and the level of our test preparatory services.

I got selected in CLAT (Rank-126) and I am happy that I am Success Mantra Alumni. Faculty member are so cooperative. They understand students problem. Mock Test are the main funda for cracking CLAT exam and they conducted regular mock test. I will recommend everyone for Success Mantra for CLAT preparation.

Joining Success Mantra for CLAT preparation had been very good decision of my life. Test Series offered were very similar to real CLAT. Thanks the whole Team

This institute offered me more than what was promised. Thanks a ton to Success Mantra, Kingsway Camp Center for its unique teaching methodology, well contented study materials and online supports.

As a student- I loved to be part of Success Mantra- Kingsway Camp Branch. I enjoyed my studies and now studying in Delhi University- Faculty of Law. Thanks You all the Staffs’ and Faculties' group.

It was good to join GTB nagar branch of Success Mantra. Girish Sir & Richa Mam are X-Factors of this learning center. They handled all of my queries till the exam date and I am fully satisfied with coaching.

Get In Touch with Success Mantra