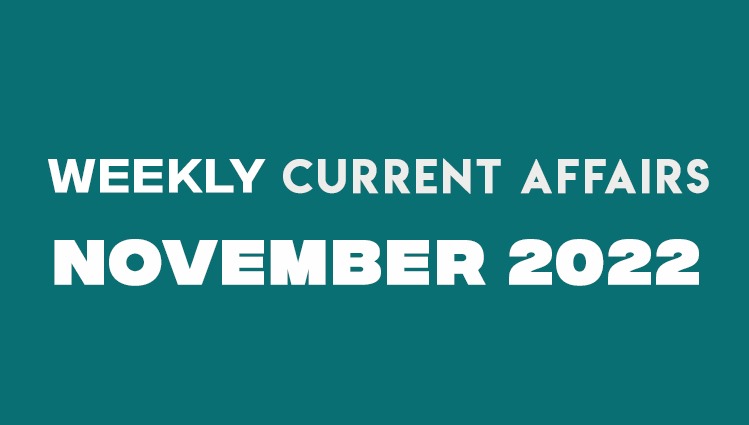 The PRAVAHINI November-2022 eBook covers the current events that happened in the month of October. Current Affairs is a crucial component of any competitive exams including CLAT, AILET, DU-LLB, HM, CAT, IAS, PCS, SSC, CUET, Banking, MBA and various other competitive examinations.

WHAT IS NATIONAL POPULATION REGISTER?

WHAT IS 'EAT RIGHT STATION' CERTIFICATE?

MINISTERIAL CONFERENCE ON 'NO MONEY FOR TERROR'

FIRST EVER FEMALE PRESIDENT OF SLOVENIA

WHAT IS PARIS PEACE FORUM?

WHAT IS G7's GLOBAL SHIELD FUND

WHO ARE THE 'KURDISTAN WORKERS' PARTY OR PKK'?

WHAT IS NICOBARI HODI CRAFT?